Banks Near The William 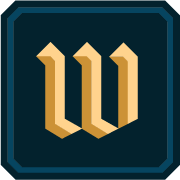 There are many reputable banks near The William. Check out these banks just down the street from us!

opens in a new windowtcnb.com

Dave Ulrich was denied a small business loan in 1955. It was this setback that inspired the creation of Tri City National Bank. Ulrich wanted to form “a bank that cares about all customers.”

The family-operated Tri City Foods was founded in 1959, where Ulrich’s wife, Agatha, would bake hams at their house and bring them to the store for Dave to sell.

1989 was a record year for Ulrich when he became the first person to establish a bank inside a Wisconsin grocery store, started a 30+ year partnership with Milwaukee County Zoo, and opened the 10th Tri City National Bank branch in Brookfield.

opens in a new windowbmoharris.com

Dating back to 1817, BMO Harris was initially known as Montreal Bank. As Canada’s first bank, Montreal Bank was fundamental for the country’s infrastructure, financial organizations, and citizen success.

The bank announced the completion of the first Canadian railway in 1837 linking Montreal to New York, a critical component in the country’s business feats.

Likewise, Montreal Bank financed Canada’s first telegraph service in 1847 which would connect communications across all of Canada.

BMO has 12 million customers around the globe, 8 million in Canada, and more than 2 million in the United States.

opens in a new windowjohnsonfinancialgroup.com

SC Johnson is one of the world’s most affluent businesses. S.C. Johnson IV noticed a demand for a different type of bank in 1970.

Johnson Financial Group was created based on Samuel IV’s “vision of unmatched personal service and a commitment to our communities.”

Helen Johnson-Leipold, S.C. Johnson IV’s daughter, stepped up to Chairman of Johnson Financial Group when he passed in 2004. As the fifth generation-business leader, Johnson-Leipold looks to her father’s legacy for guidance.

Her greatest lesson was learning the “balance of tradition and change. Every generation has to bring something new to the enterprise. Knowing what to change and what not to change is key.”

The two have led the business to “continued growth and profitability.”

opens in a new windowusbank.com

U.S. Bank was founded as the First National Bank of Cincinnati when Abraham Lincoln signed the national bank charter No. 24 on July 13, 1863.

Today, U.S. Bank is one of “the highest-rated banks in the world.” U.S. Bank donated $100 million in annual capital and $16 million in grants to Black-owned or -led businesses, housing and workforce advancement after George Floyd’s death in June 2020.

During the Paycheck Protection Program of 2021, 90% of the businesses U.S. Bank served had less than 20 employees.

opens in a new windownorthshorebank.com

In 1923, a faction of teachers created The North Shore Building & Loan Association in the backroom of Perkins Hardware Store. The association began with $22,000 in assets, and opened its first branch in Milwaukee, Wisconsin, in 1972.

Presently, North Shore Bank has over $2.5 billion in assets and 45 locations in eastern Wisconsin and northern Illinois. For over 95 years, North Shore’s employees have shown their opens in a new windowcustomer dedication “by providing personalized service both in-person and from anywhere in the world.”

opens in a new windowtownbank.us

Ed Wehmer wanted “to provide an alternative to the big banks.” Since 1991, the north Chicago storefront has expanded to 175 locations.

The Wintrust Community Bank stands behind the idea that “there’s a need, and a desire, for a true community bank: where tellers know their customers by name; bankers frequent local businesses; and the bank invests in the neighborhood it calls home.”

Our perfect location is just minutes away from charming Downtown Racine and the sandy shoes of Lake Michigan; when you live at The William, you’re right where you want to be.

Learn More About The William

XThe accessibility of our website is taken very seriously. We strive to meet WCAG 2.1 AA Web Accessibility standards by routinely evaluating our website using automated evaluation tools and manual testing when required. As content changes we review and correct issues and are responsive to our users needs. If you encounter issues with our website, please report them so they may be corrected in a timely manner.